Goldfinch Bird of the year 2017 Hungary 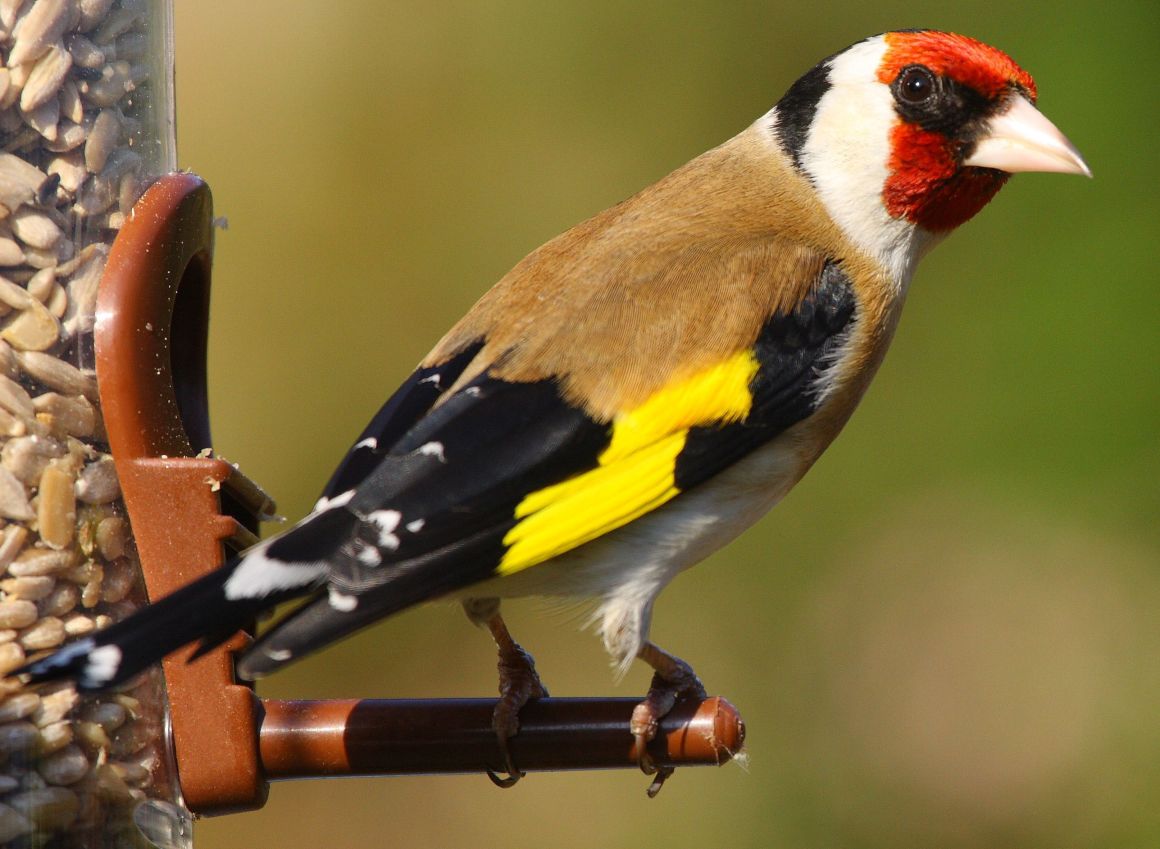 New year is here, still cold winter and short days, but the spring feeling is here with this little bird named goldfinch.

The goldfinch has a red face and a black-and-white head. The back and flanks are buff or chestnut brown. The black wings have a broad yellow bar. The tail is black and the rump is white. The female is very similar to the male but has a slightly smaller red area on the face.

The goldfinch is native to Europe, North Africa, and western and central Asia. It is found in open, partially wooded lowlands and is a resident in the milder west of its range, but migrates from colder regions. It will also make local movements, even in the west, to escape bad weather. It has been introduced to many areas of the world. It was introduced to Canada, United States, Mexico, Peru, Argentina, Chile, the Falkland Islands, Uruguay, Brazil, South Africa, Australia, and New Zealand, in the 19th century, and their populations quickly increased and their range expanded greatly. They now occur from Brisbane to the Eyre Peninsula in Australia, and throughout New Zealand.

Goldfinches are commonly kept and bred in captivity around the world because of their distinctive appearance and pleasant song. In Britain during the 19th century many thousands of goldfinches were trapped each year to be sold as cage-birds. One of the earliest campaigns of the Society for the Protection of Birds was directed against this trade. The goldfinch males are sometimes crossed with Canary females with the intention to produce male mules with beautiful singing voices, that often capture the best singing attributes of both breeds.